As some of you may have already guessed, my call orginates from the the historic Rock N’ Roll radio station, WMMR in Philadelphia. I have been an avid listener of WMMR since I was a small child. WMMR was one of the first stations on todays FM Broadcast Band allocation. WMMR was inducted into the Rock N’ Roll Hall Of Fame in 2014. There is so much great history associated with this radio station, so I went to Wikipedia and summarized some of what they had to say. Heres the history of the station… ENJOY!! 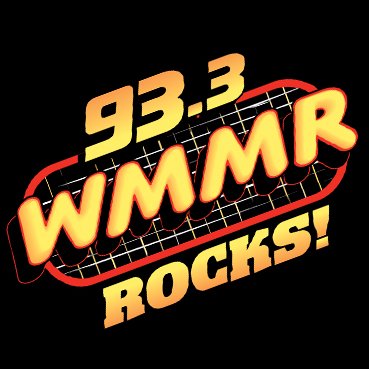 On February 11, 1941, the Federal Communications Commission granted Pennsylvania Broadcasting Company a construction permit for a new FM station on 44.7 MHz on the original 42-50 MHz FM broadcast band with the W47PH call sign. The construction permit was modified on November 4, 1941 when the FCC reallocated the station to 44.9 MHz with a corresponding call sign change to W49PH.

The station signed on for the first time on April 20, 1942, and was granted its first license on March 2, 1943. Programming was initially a simulcast of sister station AM 610 WIP.

On November 1, 1943, the station was assigned the WIP-FM call sign. After the FCC created the current FM broadcast band on June 27, 1945, Pennsylvania Broadacasting applied to the FCC for a construction permit on October 24, 1946 to install a new transmitter and antenna for operation on 97.5 MHz. On July 10, 1947, the FCC reallocated the station to 93.3 MHz, modifying the construction permit. The commission granted Pennsylvania Broadcasting a new license for the station for operation on 93.3 MHz on December 22, 1948

In the 1950s and 1960s, WIP-FM carried a full service format of middle of the road (MOR) music, news, sports and talk. The station’s license was voluntarily reassigned by the FCC to WIP Broadcasting, Inc. on September 17, 1958, followed by another voluntary reassignment to Metropolitan Broadcasting Corporation on December 29, 1959. The FCC granted a licensee name change from Metropolitan Broadcasting Corporation to Metromedia, Inc. on May 11, 1961. On August 6, 1962, Metromedia applied for a construction permit to relocate the station’s transmitter and antenna from 35 South 9th Street, Philadelphia to 12 South 12th Street, Philadelphia (the address of the PSFS Building). This resulted in raising the station’s height above average terrain (HAAT) from 430 feet to 668 feet, while decreasing the station’s effective radiated power (ERP) from 20,000 watts to 7,500 watts. The FCC granted Metromedia a new license for the station with the new facilities on September 30, 1963.

On July 1, 1966, the station’s call sign was changed to WMMR. The call sign reflected the name of the station’s owner, “Metromedia” (and “Radio”). (From 1948 to 1993 WMMR was used, unofficially, as a slogan by a local student-run carrier current radio station at the University of Minnesota.) The MOR format was still being used, but with different programming than the AM side, although the AM disc jockeys‘ announcements were used for both stations.

Beginning in 1968, WMMR began adopting a progressive rock format, similar to that of several Metromedia-owned stations including WNEW-FM in New York City. WNEW-FM and WMMR had a close relationship, ran similar promotions, and sometimes featured each other’s disc jockeys on the air. WMMS in Cleveland, KMET in Los Angeles and KSAN in San Francisco were also part of the Metromedia chain and also helped pioneer the progressive rock format in the 1960s.

Dave Herman was WMMR’s first rock DJ. His show, dubbed The Marconi Experiment, debuted on April 29, 1968. Before Herman’s arrival, WMMR ran an “MOR” format featuring programs such as “Sinatra and Company.” The Marconi Experiment was very much an experiment for the station, with progressive rock still new to the FM band. The first song played on the show was “Flying” by The Beatles. Over the instrumental song, Herman recited these words: “Arise my heart, and fill your voice with music. For he who shares not dawn with his song, is one of the sons of ever darkness.” This was known as “The Incantation” and continued as the regular show opening.

Michael Cuscuna, from the University of Pennsylvania‘s 88.5 WXPN, replaced Herman in 1970, but was quickly hired away by WABC-FM (now WPLJ) in New York. Michael Tearson, also from WXPN, replaced Cuscuna and remained a mainstay at WMMR for over 20 years. Herman went to 95.5 WABC-FM and then for a couple of decades on 102.7 WNEW-FM, and later on 92.3 WXRK. Tearson later worked at 102.9 WMGK in Philadelphia, from April 2002 until January 2013. He was also heard on Sirius XM‘s Deep Tracks channel.

Several Philadelphia FM stations tried to compete with WMMR in the late 1960s, including 92.5 WIFI and 105.3 WDAS-FM. Neither station stayed with the rock format for long. In 1970, WIFI switched to a Top 40 format. WDAS-FM changed format around 1971 to reflect its AM counterpart as an urban contemporary station.

One of WMMR’s most influential disc jockeys during the 1970s was Ed Sciaky, who was known for playing and boosting the careers of new artists such as Billy Joel and Yes. Sciaky is credited with introducing Bruce Springsteen to Philadelphia, and decades later, the city remains one of Springsteen’s strongest fan bases and the scenes of many of his best-received concerts. WMMR alumni include David Dye, host of the World Cafe on 88.5 WXPN and syndicated on many NPR stations. Another formar WMMR DJ is Nick Spitzer, now a New Orleans resident and host of “American Routes” on NPR. One-time WMMR midday DJ Dick Hungate later switched to 94.1 WYSP, pioneering the classic rock format in Philadelphia. John DeBella, now hosting mornings on co-owned 102.9 WMGK, was the morning drive time DJ for many years, alongside newscaster and sidekick Mark “The Shark” Drucker, who later was a reporter on all-news 1060 KYW. Some WMMR DJs such as Dave Herman and Carol Miller would later go onto longtime careers on New York stations.

WMMR’s license was transferred to Metropolitan Broadcasting Corporation on October 22, 1986. On October 26, 1987, Metropolitan Broadcasting applied for a construction permit to change the transmitter location to “Building Rooftop 1650 Market St., Philadelphia, PA” (the address of One Liberty Place) and increase the station’s HAAT to 271 meters (889 ft). The FCC granted the permit on May 1, 1989. On October 26, 1989, WMMR was purchased by Group W. Radio Acquisition Company, with the sale consummating on December 7, 1989. Group W. Radio modified the construction permit on February 12, 1992, by decreasing the HAAT to 252 meters (827 ft) and changing the ERP to 18,000 watts. The FCC granted the change on March 9, 1992. The FCC granted a new license with the new facilities on January 6, 1997.

In early 2006, WMMR launched its digital HD2 subchannel with the “WMMaRchives” format, airing the station’s archive of live and studio performances.

On July 19, 2016, Beasley Media Group announced it would acquire Greater Media and its 21 stations (including WMMR) for $240 million. The FCC approved the sale on October 6, and the sale closed on November 1. 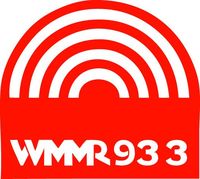 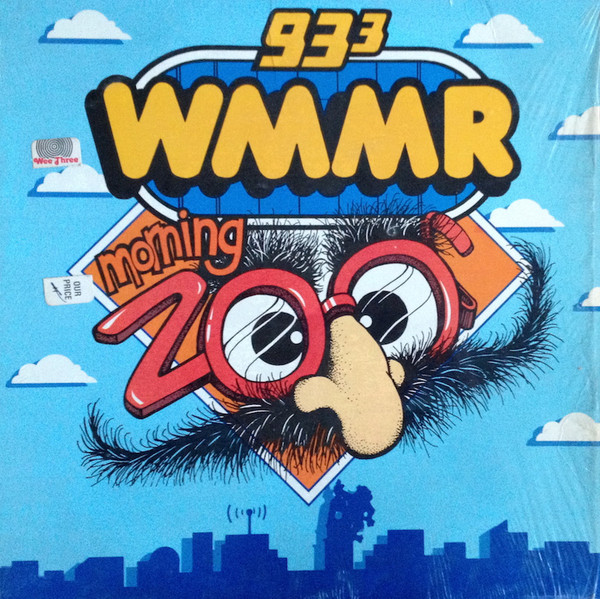 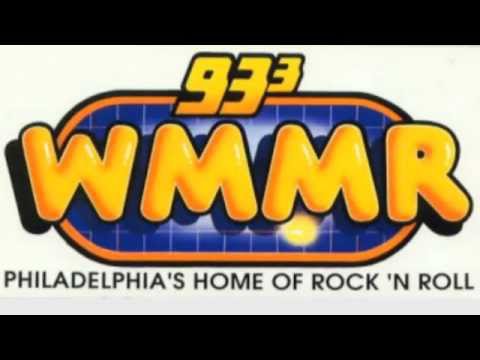 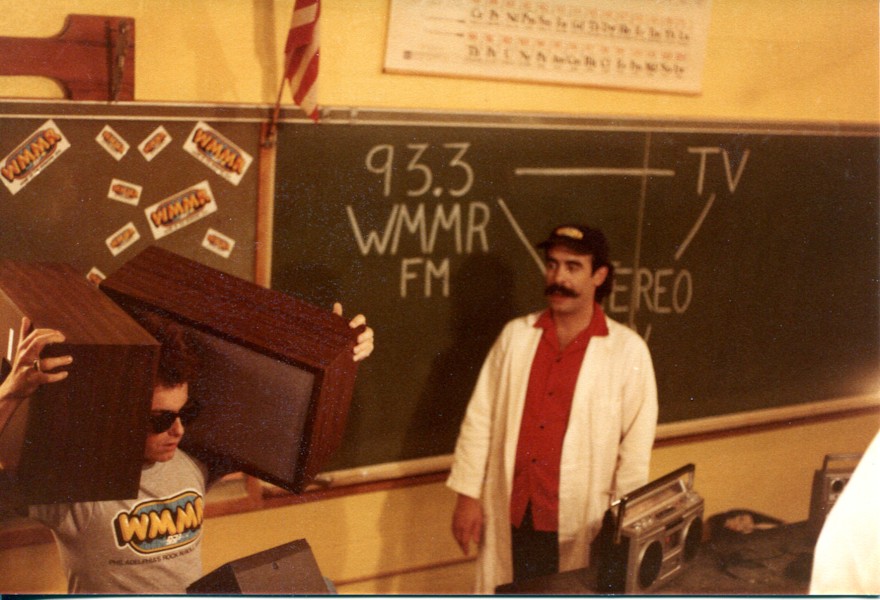 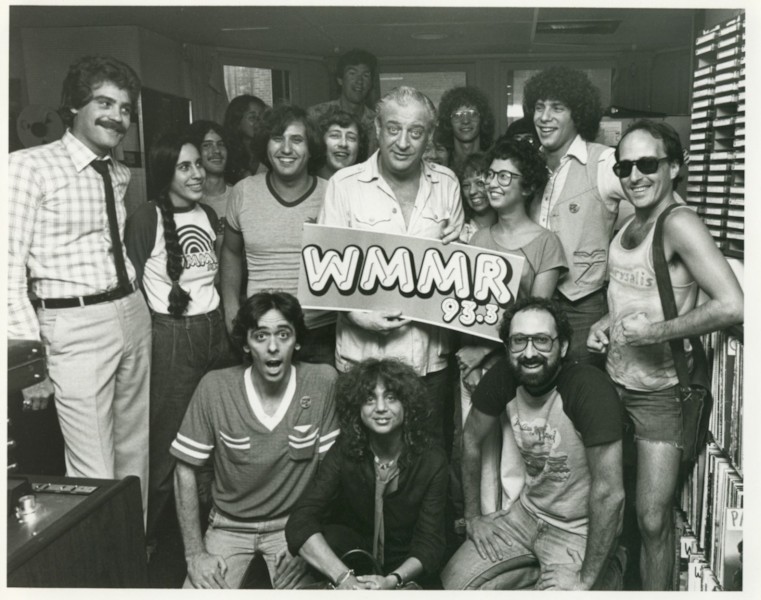 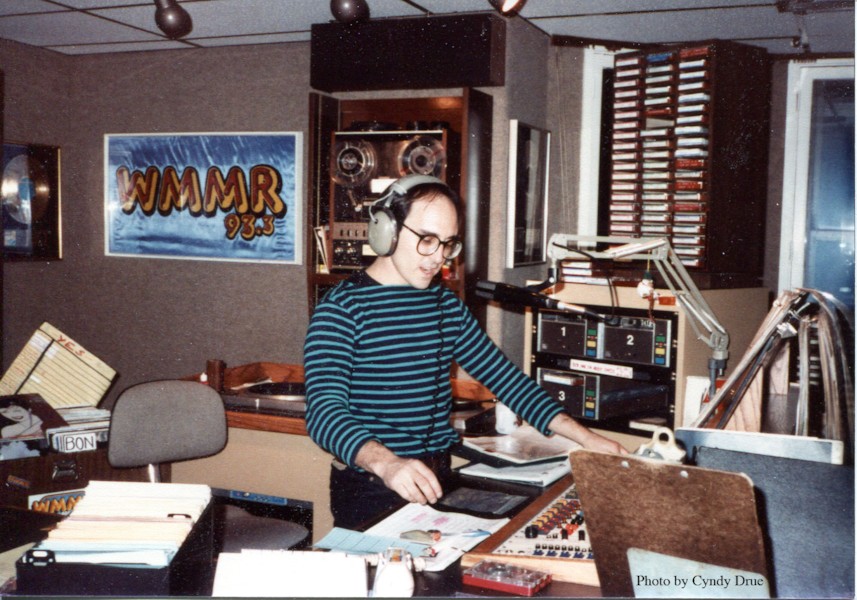 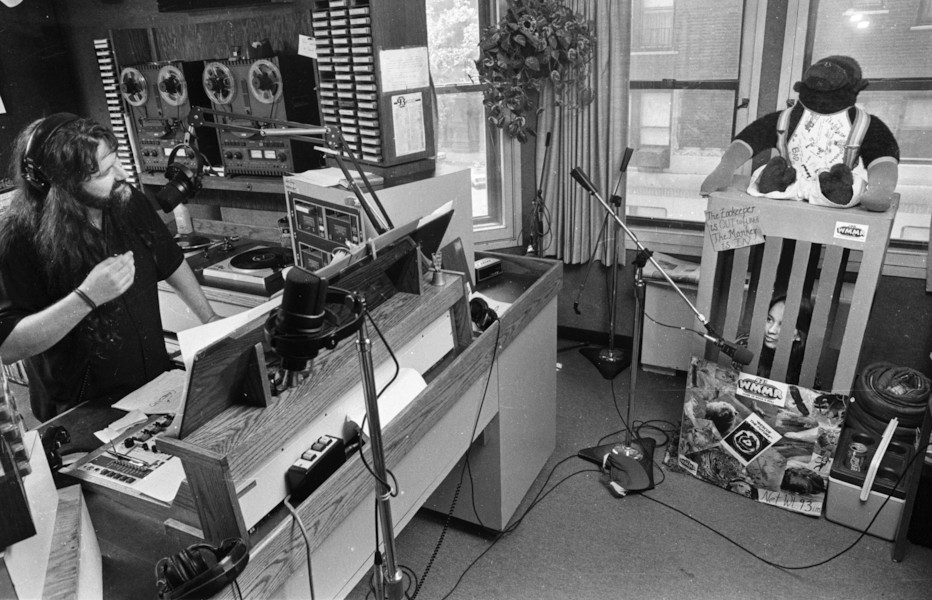